June 3, 2015. We arrived at the hospital around 8:45 A.M., slightly later than our normal arrival time.  I queried the nurse about Dad’s morning labs and learned that his white blood cell (WBC) count was up slightly to 12,600. I was told to not worry, but I had been keeping track of good days versus bad days, and it seemed like we couldn’t maintain forward progress. Bad days were generally preceded by an increase in his WBC count. I logged this information, kept my thoughts to myself, and gave Dad a big smile. According to his nurse, he had had a pretty good night, but when questioned by the doctor, was not able to remember that the year was 2015. 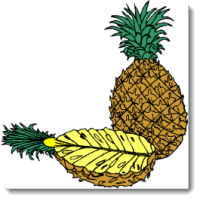 Dad was awake, alert, and was glad to see us. He had required BiPAP support while he slept, but they had stopped his medication for hypotension. It seemed like we were on track to have the Modified Barium Swallow Study (MBSS) later in the morning. He had received permission to have ice and thickened juices, and he was ready for both. Holly, his speech therapist, had provided me with thickener, so I prepared some thickened apple juice for him. He drank it, but told me that he’d rather have pineapple juice. The hospital didn’t keep it onhand, so Mom and I promised to bring some from home.

At 11:00 A.M, Dad was taken to Radiology for his MBSS. Transferring him from his bed to a stretcher was a major production. A wound vac was connected to his chest and two receptacles were attached to his chest tubes. He also sported a central line for his IV medications and he still had the arterial line in his right arm.

As I mentioned in an earlier post, I really liked Scott & White’s patient record system. Shortly after Dad returned to his room, Holly stopped by and showed me the videos of Dad’s MBSS. This video was one of the coolest things I’d ever seen. Your body is doing some pretty complex stuff when you swallow. I’m astonished that we don’t choke on a regular basis. His test results showed that he was still silently aspirating thin liquids, like water. However, he had no trouble swallowing pudding or thickened liquids. He couldn’t, however, eat enough pudding to sustain his nutritional requirements, so the feeding tube had to remain.

He hadn’t been out of bed since his return to ICU 10 days earlier. The physical therapist stopped by to help him move from the bed to the chair and mentioned that his strength and balance had decreased significantly. As he did with most hospital personnel who entered the room, he told her that he was anxious to get moving again and that he wanted pineapple juice.

Dialysis started late in the day and continued for six hours and didn’t end until after Mom and I went home for dinner. Dad’s day seemed to go better than I had originally thought it would. Mom and I advanced the good day counter to 2. We were now hoping for three in a row.

When we returned to the hospital on Thursday, June 4, Dad was already sitting in a chair; he had been there since 5:30 A.M. We arrived early enough to meet with Lyndee, Dr. Sai’s PA, Dr. White, and the nephrologist. Lyndee told us that Dad’s WBC count was 10,000, which is practically normal. She also told us that they would remove his arterial line today. Lyndee also mentioned that Dad’s right chest tube had stopped draining. She explained that to break up the clot, she would insert a tissue Plasminogen Activator (tPA) into his right tube. She also mentioned that tPA is also used to dissolve the clots in stroke victims. She was fairly certain that the left drain had done its job and they could remove it tomorrow. Having the tPA meant that he could not be dialyzed and could not have speech therapy.

Lyndee quickly explained the tPA procedure to Dad. When she was finished, I asked him if he understood what she said, and he shook his head. I proceeded to explain the process to him, using single syllable words. When I was finished, Lyndee said, “That was great. We should have you explain this to all our patients.” I really liked Lyndee, but I felt like telling her that explaining procedures to patients in a way that they could understand was her job.

While Mom and I ran errands and had lunch, Lyndee inserted the tPA in Dad’s right drain.  He had to be kept prone for a few hours and the nurses rotated him every 15 minutes. He was very sleepy and slept through most of it.

At 3:30 P.M., Lyndee removed the clamp on Dad’s right chest drain, which released 250ml of fluid in less than 5 minutes. We were cautiously optimistic that only infected fluid was being released, and not blood or other vital fluids. Shortly thereafter, Fred, his day nurse, removed his arterial line from his right hand.

Mom and I stopped by after dinner in time to see a lab tech enter Dad’s room to draw blood for a hemoglobin test. The chest tube receptacle showed that more than 750ml of fluid had been released since the tPA was finished, which was more than twice what had drained from his right chest cavity. I couldn’t decide whether to be pleased or nervous, so I decided to err on the side of pleased.

Before leaving, I prepared some pudding for Dad and got him some ice. It seemed that we had had another good day—the third one in a row. Advance the good day counter to 3.