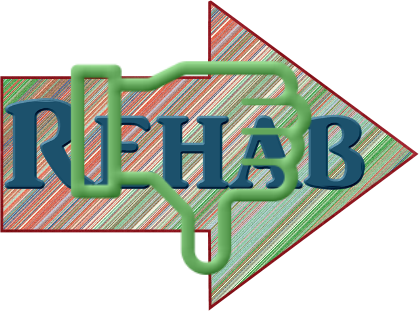 April 6, 2018. Today was my last day of employment. After 19 years, one week, and one day with my employer, I had been informed that I was ready to pursue other interests. In anticipation of my employer’s significant US layoffs, I had left Temple last Thursday so that I could be in the office in case I was included in the reduction.

My week in Temple for Dad’s surgery had put me behind in many of my responsibilities at home, so when Stan suggested that we return to Temple tomorrow, I brought up several reasons why I could not leave town for the weekend; besides, he had plans to play golf on Saturday. When he said that we could drive to Temple after golf, I agreed to the trip.

April 7. I hit the ground running and finished my grocery shopping before Stan left to play golf. While he and his friend Mike were playing a couple of rounds of golf, I checked off tasks on my to-do list and was ready to leave town when the guys returned at 2:00 P.M., and we left home shortly before 4:00 P.M.

I had decided that I would not tell Mom that we were coming for a short weekend visit. Knowing her the way that I do, I knew that she would try to tidy up the house or prepare dinner during our three-hour drive. When we were about two miles from Cornerstone, I called Dad. Although he answered his phone, he couldn’t hear me. We continued our drive to the facility and surprised him when we walked into his room. During our 20-minute visit, I adjusted the speaker control on his phone so that he could hear callers. I then called Mom and told her that Stan and I were with Dad and that we would be arriving soon. In the 30 minutes that elapsed before we arrived at my parents’ home, Mom had rushed around the house, trying to tidy up. Truth be told, even when she thought that the house was a mess, it still looked like it was minutes away from a photo shoot for House Beautiful magazine.

April 8. Stan was right to suggest that we visit my parents this weekend. It was obvious to us that Mom was approaching the end of her rope. With Dad away, she wasn’t sleeping well, and she was skipping meals. During the day, she spent most of her time at Cornerstone and then was distressed about not getting anything done at the house. She was also too tired to cook when she got home and had lost weight that she couldn’t afford to lose. During our short visit, I prepared six protein- and carbohydrate-rich single-serve casseroles for her to eat. I didn’t want her to get sick while Dad was in rehab.

April 10. Dad had been the sole occupant of his semiprivate room and had been enjoying his privacy. Although the Cornerstone staff encouraged patients to visit some of the common areas, Dad had no interest in leaving the room except for physical therapy. Today the staff notified him that he would get a roommate on Friday, three days from now. Shortly after receiving this news, he started complaining in earnest about the facility. He didn’t like the therapists, and the room was too small. I agreed with him that the rooms were small, but the rehab stay was supposed to be short, and he could leave his room and spend time in the common areas. Nothing that I said about the facilities and the purpose of rehab seemed to sway his opinion. Dad now seemed to be more concerned about his accommodations and not about his rehabilitation mission.

Dad had his first post-op appointment with the orthopedic surgeon today, and my parents used the services of the Cornerstone bus to get to the clinic. The surgeon wasn’t there, but they met with his physician’s assistant (PA). She told my parents that she could order outpatient rehab for Dad (which he would receive twice each week) and that he could leave Cornerstone at any time.

With the blessing of the surgeon’s PA, my parents decided to check out of Cornerstone before Dad’s roommate was admitted to the facility, and several days short of the recommended two-week stay. Mom assured me that she would help Dad with rehabilitation exercises on the days between physical therapy. The separation was taking a toll on Mom, Dad didn’t want a roommate, and they had decided that they didn’t think that the therapy was helping. I was opposed to their plan, but she said that it was their life, and she was right.

Mom had not eaten dinner last night, and I was relieved to hear that she ate one of the prepared single-serve casseroles tonight. I hoped that she would start taking better care of herself when Dad got home. On the other hand, Dad had been eating well, although it didn’t seem that Cornerstone had been serving him a renal diet.

At 9:45 P.M., I received a call from a Cornerstone employee. She had been trying to call Mom but it didn’t seem to her that the phone number was correct. After telling me the number that she had called, it was apparent that she had transposed a couple of the digits. When I asked her if there was a problem, she said that Dad had slid out of bed and was found on the floor. She went on to say that Dad had been uncooperative, but they helped him back into the bed and he seemed unhurt.

After hanging up, I tried calling Dad at Cornerstone to get his side of the story and see how he was doing, but after the phone rang a few times, I decided to hang up. I didn’t want him to try to get to the phone if it happened to be out of his reach. I called Mom, and she was breathless when she answered the phone saying, “Melody, is it Dad?” The ringing phone had awakened her, but by the time she reached it, the caller had hung up. My call came moments later, and I told her about the call from Cornerstone. Mom said that the incident surprised her, saying that he had been out of bed before to use the bathroom. This incident only heightened my concern about Dad coming home early.

April 11. My parents’ next-door neighbor, Jo, and her caregiver arrived at Cornerstone this morning to help get my father home. My parents called these two women angels, and they were. Mom had not called them; I didn’t know how they knew that Dad was leaving, and I don’t know how Mom would have been able to transfer Dad into the car and then transfer him out of the car and into the house. My parents didn’t have a wheelchair yet, so their friend used an office chair to get Dad into the house from the car.

When I called my parents’ home, Dad answered the phone and told me that Mom was at WalMart. She was shopping for medical supplies that she would need to care for Dad. During our conversation, he told me that he would start receiving physical therapy on April 23, 12 days from now. This news worried me, which seemed to be my default state these days. When I expressed my extreme concern about such a long gap in his therapy, he said that he and Mom were just old people trying to get by the best that they could. So now, in addition to being worried, I was also feeling guilty for questioning all of their decisions.

One thought on “Leaving rehab just a tad too soon”