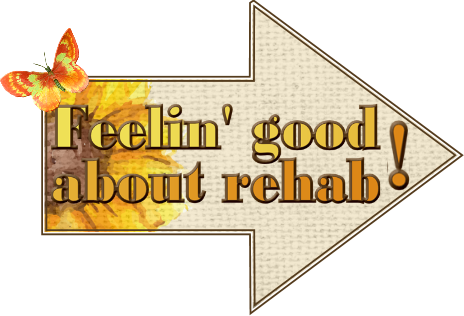 March 30, 2018. After spending most of the week with my parents, I was now back home in Houston so that I could spend the Easter weekend with my husband. I was pleased to learn that Dad had received physical therapy today. He had not received physical therapy every day at the hospital, so I hadn’t assumed that he would have therapy today. In the hospital, physical therapists didn’t work on the weekends, and I didn’t know if physical therapists worked on the weekends at the Cornerstone rehab facility. Having therapy today lessened the potential gap in his treatment. To ensure that Dad would reach his physical therapy goals in the targeted time, he needed frequent sessions. Significant gaps between sessions could slow his progress or cause him to regress. My parents and I were intent on Dad being able to safely leave Cornerstone within two weeks.

Shortly before 11:00 A.M., the case manager called me from Scott & White Hospital to tell me that Dad was still in the hospital but would be transferred to Cornerstone later today. She said that she had tried to reach my mother, but no one answered the phone. I told her that I was in Houston, but my mother was with my father at the hospital and that she could speak to both of my parents by going to his room. I was a bit surprised that she had not tried Dad’s room first. Even if my mother hadn’t been there, Dad would have appreciated knowing the details of his transfer.

Later today turned out to be noon, just an hour after she called me. The previous occupant of Dad’s semiprivate room had already been discharged, so Dad had the room to himself. I hoped that he would have a private room for a few days. He didn’t receive any physical therapy during the afternoon, so I was thankful that he had received therapy this morning at the hospital.

When Mom called me a little after 5:30 P.M., she told me that the day had gone very well and that Dad was determined to be fit enough to go home in five days. Mom’s enthusiasm and optimism about today’s events rubbed off on me, and I had a good feeling about Dad’s prospects.

March 31. I wasn’t sure what time Mom planned to leave home this morning for Cornerstone, so I called her mobile phone, hoping that she might have it with her. Mom usually kept her phone in her purse and had a difficult time answering it before the call was transferred to voicemail. I knew that Dad kept his phone on the bedside table, so when there was no answer, I tried his mobile phone number. As I had expected, Mom answered Dad’s phone.

I could hear a lot of background noise during the call, and Mom said that Dad’s room was a hubbub of activity. The occupational therapist and an aide were getting Dad ready to take him to the shower, which was located down the hall. Because of all of the distractions, I told her that I would call her later this afternoon.

When I called Mom at 5:30 P.M., she gushed praises about the physical therapist. Mom said that the therapist was kind but firm and that she did a great job with Dad. After spending an hour in physical therapy, my exhausted father returned to his room. I don’t know how much time he spent with the occupational therapist this morning, but if every day was like today, Dad just might be ready to leave in less than a week. I was very pleased that the residents of Cornerstone received therapy on Saturdays. Because tomorrow was Sunday and a holiday, I didn’t think that he’d receive therapy, but at least he would have only a one-day gap in his treatment.

April 1. Today was Easter Sunday, and I called Dad’s mobile phone as soon as I returned home from church. After four rings, the call went to voicemail. I called again with the same result. On my third attempt, I received a text from him, which had to have been the result of some fumbled fingers because he does not text. Now that I knew that he was there and most likely was holding his phone, I called again, and this time he answered. We talked for almost 25 minutes. He was in a great mood. He said that Mom had been there for a couple of hours before she went to church. The Cornerstone staff had delivered bags of Easter candy to the residents, and he proceeded to itemize the contents of his bag during our call. When he found the six-inch Hershey bar, he said that he would start with it. While we were talking, a caregiver arrived with his meds. He told her that he was on the phone and would take the pills later. In jest, I told him to take the pills with his candy.

After all of the effort that it took to convince him to enter this facility, I was thrilled with his positive attitude and good mood. We had a great talk, but when his lunch arrived, he was done with me. Evidently, Cornerstone’s food was pretty good too.

Mom called me a couple of hours later from Dad’s room. Dad was in physical therapy, and because my parents’ neighbors said that they might visit this afternoon, she remained in Dad’s room during his session. While Mom and I were talking, an aide wheeled Dad into his room. I was thrilled that he had had therapy on a Sunday, and Easter Sunday at that. At the end of our call, I was feeling good about this facility and Dad’s care. It seemed that his stay at the Cornerstone facility was going to exceed my wildest expectations.