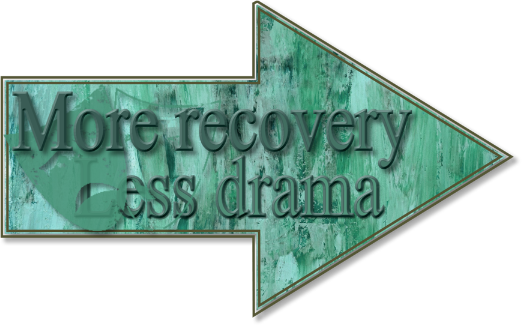 September 1, 2018. My days at the hospital were full of impromptu meetings with healthcare providers and with caregiving activities in between, none of which was really scheduled and all of which was really important for Dad’s recovery and well-being. For me to be present for all these meetings and ensure that all caregiving was taken care of, it was practically impossible for me to leave the hospital to run errands during the day. Also, by the time that Mom and I left in the evening, we were usually too weary to fight the rush hour crowds in the stores. Fortunately, most stores opened early on Saturday, so today I ran a couple of errands on the way to the hospital. Mom stayed at home to wait until my husband, Stan, arrived from Houston. I arrived at Dad’s room at 7:35 A.M. to find that Dad was sleeping and his breakfast tray was on his bedside table, which was not unusual. What was unusual was that his bed was no longer in the center of the room. Instead, it was pushed within a few inches of the outside wall. I suspected that the furniture rearrangement was the result of Dad attempting or succeeding to get out of bed last night.

He was easy to wake, and I was glad that he was no longer fixated on the annotation on his bandages. However, within a few moments of waking, he became fixated on “one day’s paper,” a topic that I could not understand, and I could not divert his attention elsewhere.

I was glad when Dr. Blake Tanner, the nephrology resident, entered the room, thinking that Dad might turn his attention to another subject. However, I was a bit disturbed when he could not answer the doctor’s questions about where he was or the year, which were daily questions to ascertain mentation. Dr. Tanner said that they would hold off on dialysis and diuretics today to see how Dad’s kidneys functioned. In one of the days where they gave him diuretics, Dad voided 300 ml of urine; on a day without diuretics, he voided 350 ml, so they wanted to see how his kidneys functioned today. Depending on today’s results, they might dialyze him tomorrow. The doctor checked for swelling in Dad’s legs, but they still seemed to be fine. He said that they were waiting on the results of the morning labs, but he didn’t think that they would see anything that would alter their plan. They hoped that the Midrodine would elevate Dad’s blood pressure enough to get the kidneys to produce more urine.

Now that Dad was fully awake, I wanted him to eat. Because he was low in his bed, I used the call button to summon someone to help me adjust him in the bed so that he could eat. His sheets were also wet from wound seepage, which I also wanted to be addressed. 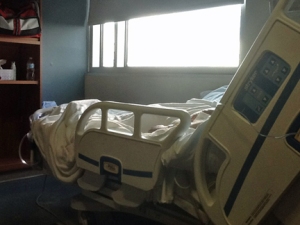 After waiting for 35 minutes, Storie and Miguel, the nurse and aide (CNA) entered Dad’s room. When I asked about the location of the bed, Storie told me that they had been told that they could not move the bed back to the center of the room because Dad was a fall risk and an escape artist. While they were changing Dad’s gown and adjusting his position in the bed so that I could raise the head of the bed, I ran downstairs for a cup of coffee.  When I returned, I heated up Dad’s breakfast and started to feed him, but he fell asleep before we had made much progress. He still needed to take his morning meds, which was an ordeal when he was half asleep. Fortunately, he still had some Cream of Wheat in his bowl, and Storie was able to crush his pills and mix them in the warm cereal. He made a face as he took the nasty concoction, but at least we were successful in getting the pills in him without him choking on a liquid while trying to swallow the pills. By 9:10 A.M., Dad was sound asleep.

Five minutes later, he was wide awake and wanted to drink his Nepro. He was able to hold the container of Nepro without spilling it, which was an improvement from yesterday. His dexterity suffered when he was in the hospital, and the presence of the oximeter on his hand didn’t help matters. He nibbled at most of his breakfast, but I was pleased that he drank all of his Nepro. By 9:30 A.M., he was sleeping again. It was almost startling how quickly he could wake up and fall asleep.

At 11:45 A.M., Miguel took Dad’s blood sugar and it was 42 (normal is 100), which prompted him to call the nurse.  Storie entered the room with Shelly, another CNA, and had him drink a couple swallows of orange juice. Shelly then had the nearly impossible task of getting Dad to consume a tube of a substance similar to Karo syrup. He hated the taste of it and she practically forced it into his mouth.

At noon, his lunch tray arrived, and Stan and Mom arrived a few minutes later, at 12:15 P.M. While I updated them on the events of the morning, Miguel returned to recheck Dad’s blood sugar. It was now up to 73, which was still very low, but it was no longer dangerously low.

At 12:45 P.M., Mom and I left Stan with Dad while we drove a few blocks to Chick-fil-A. The nephrology team entered the room at 1:00 P.M., followed by Bonnie, the physical therapist. I knew that the nephrologists’ visit would be short, and I asked Bonnie if she could wait. She said that she didn’t have time to wait and left. I hated that Dad might miss a physical therapy session and hoped that she would return soon.

I was relieved when Bonnie returned, but we were unable to wake Dad. Thinking that it might be his blood sugar, she summoned the CNA to recheck it, but it was now up to 101. She eventually left.

I had been working on an embroidery project, but the new room rearrangement made it impossible to work in Dad’s room. Now that Stan was here, I felt that I could leave the room, so I moved out to the 6 North waiting room. At 2:15 P.M., Stan came to the waiting room to tell me that they were giving Dad some albumin to increase his blood pressure. Dad had been pretty drowsy today, and I hoped that the albumin would help him stay awake.

At 3:15 P.M., the nurse pulled out Dad’s central line on the left side of his neck, which had been replaced by the tunneled line yesterday. He added that Dad’s blood pressure was 113/65, which was good.

At 4:00 P.M., he started receiving Lasix, a diuretic, which meant that something had changed to make the nephrologists change their minds about holding diuretics today. Right around that time, the hard disk failed on the computer in Dad’s room, which was very inconvenient for the nurses, who now had to use the computer in the room next door to access and update Dad’s chart. Because it was Saturday, and a holiday weekend, the nurses didn’t hold out much hope for getting the computer fixed, although they had a few conversations with the IT support person who was on call.

At 5:30 P.M., in preparation for his dinner, I asked Shelly, his new nurse, to reposition Dad in his bed. At 5:45 P.M., Stan and Mom went home to start preparing our dinner while I stayed to help Dad with his dinner. I thought that feeding Dad would take only a few minutes, but I was very wrong. He was talkative and asked dozens of questions about his condition. He was able to eat and swallow well, but the talking slowed the progress. When he had finished his dinner, he wanted me to stay and review his situation and plans with him. Stan texted me a couple of times to see if everything was OK.

Dad was still very confused, but our conversation was light and humorous and eventually centered primarily on his catheter, of all things. He had been concerned that he was being forced to stay in bed and didn’t realize that he had a Foley catheter. I eventually left the hospital around 7:00 P.M. I found his night nurse and warned her that in spite of my best efforts, Dad had slept for most of the day and that he was wide awake now. She groaned as I left and I wished her luck. I was glad that we had had a good talk and I prayed that it would be a good night for Dad.