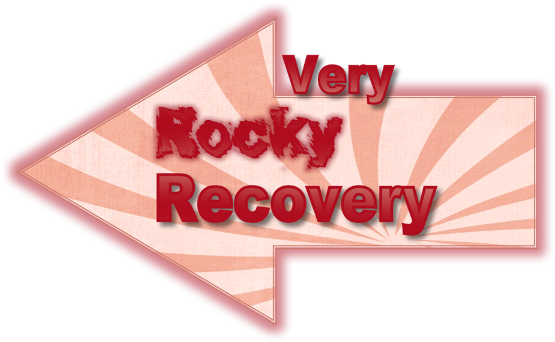 August 23, 2018. Mom and I arrived at Dad’s room shortly after 8:30 A.M. Following earlier surgeries, he had suffered from post-surgery delirium, and I wondered how confused he would be about his surroundings and his situation. Dad was still sleeping when we arrived, and his breakfast tray sat untouched on his bedside table. I was pleased that his breakfast included Cream of Wheat, which he called gruel and which he could easily swallow. Because of his aspiration history and the weeks of swallow rehabilitation therapy required to recover from this disorder, I was always nervous about letting him go too long without eating, and almost 40 hours had elapsed since his last meal. I was able to wake him without much difficulty and coaxed him to swallow two or three spoonfuls of the now-cold cereal and a couple of sips of orange juice before he drifted back to sleep.

A few minutes later, Lisa, his nurse, came into his room. I could tell from the monitors that his blood pressure and pulse were trending downward, and Lisa started making some phone calls. Dr. Christopher Sartin, the orthopedic surgery fellow, stopped by and ordered a blood test to check Dad’s potassium level. The lab tech was unable to find a vein, and eventually had the nurse pause Dad’s IV so that she could draw blood from the IV line. I had inherited Dad’s stubborn veins and understood the torture this activity could be, and I hated to watch him endure it.

When the lab tech left, an aide checked Dad’s blood sugar, which was down to 54, which is very low. His temperature was also low, and his blood pressure was 90/58. A couple of minutes later, Lisa called the doctor again, and I overheard her say something about calling for a rapid. Moments later, I heard an announcement that Mom and I had heard numerous times during Dad’s previous hospital stays but never for him: Rapid response medical alert; in-patient room 546 South.

Dad had been assigned to an unusually large room, which suddenly became very crowded. In addition to his nurse, the room was now being filled with the rapid-response nurse, the charge nurse, the other nurses assigned to 5 South, therapists, doctors, the pharmacist, and the chaplain. In case Dad needed to be moved, someone from the Transportation department waited in the hall outside of his door. Because they kept moving around, I lost count of the number of people in the room after I counted 12 of them. One of the nurses was one who we knew from Dad’s 2015 stay in the hospital, and she continually updated us on what the team was doing and what they were considering. As she disseminated information to me, I relayed it to Mom, who was now very nervous. I overheard them say something about giving Dad Narcan to rid him of any opioids that he had received during surgery.

Thinking that the blood pressure equipment might not be correctly recording, they tried two different machines and then tried the manual process, but all of the readings were similar. To elevate his blood sugar, they gave him dextrose. Myriad devices were ushered in and out of the room. I supposed that there was some bodily function that they didn’t measure, but I couldn’t imagine what it was.

To increase his blood pressure, they started giving him a bolus dose of saline. Although I prefer saline over Lopressor alternatives, I thought that I should tell our friendly nurse about Dad’s fluid overload condition, although at this point, they were fighting to stabilize him. They could address his fluid situation later.

After 30 minutes, Dad’s blood pressure was 104/71 and his blood sugar had increased to a safer 85. The rapid-response team finally decided to move him from the orthopedic surgical floor to surgical ICU (SICU). Fortunately, a room was available, and the transportation tech and the nurses started preparing Dad for the move.

Mom and I followed Dad’s bed through the halls and elevators to room 202 North. As he was being resituated in his room, a nurse walked in and started talking with the doctor. As soon as I heard her voice, I knew that Dad was in good hands. I immediately said, “Hi, Ursula! Do you remember us?” It took her about a nanosecond to remember us. I had to remind Mom that Ursula (from Transylvania) was Dad’s first nurse when he was brought to the Cardiothoracic Intensive Care Unit (CTICU) following his aortic valve replacement surgery on May 6, 2015. She said that she was the SICU charge nurse and would get him situated, and that Debra would be his nurse.

Dad’s temperature was still low, so the doctor ordered a Bier Hugger to warm him. Because he wouldn’t be getting out of bed anytime soon, Ursula also started a Foley catheter. It was now 11:50 A.M., and we still hadn’t had a coherent conversation with him since he was wheeled to surgery yesterday morning.

I started having unsettling feelings of déjà vu when the nurse inserted a feeding tube at 12:15 P.M. I knew that it was necessary, but it seemed like a big step backward. A few minutes later, Dr. Jonathan Curley, the resident SICU doctor, asked us to leave the room because he wanted to start an a-line in Dad’s arm, which required a sterile environment. The a-line would enable the doctors to monitor Dad’s blood gases and continuously monitor his blood pressure. Because you cannot insert IVs, draw blood, or take blood pressure from an arm that has a fistula, starting IVs and a-lines was more difficult now that he had a fistula in his left arm.

When Mom and I returned to the room at 1:00 P.M., the doctor was trying unsuccessfully to start another IV line. About an hour later, Patricia, a tech from the cardiac unit, administered a cardiac ultrasound. She couldn’t tell me what the test would show, but I assumed the doctor wanted to see if his heart function had improved.

Around 3:00 P.M., Dad’s first IV infiltrated and they needed to start another IV. Unfortunately, his body wasn’t giving up veins without a fight. Dr. Curly called in another resident, whom I nicknamed the vein hunter. He also used ultrasound and he eventually found a vein on Dad’s upper right arm. Dad’s MAP was still very low, hovering between 54 and 58, but he was receiving more albumin to raise his blood pressure. I kept hoping that the albumin would start working. His MAP needed to increase to at least 60 (ideally 65).

By 4:15 P.M., Dad had finished receiving his dosage of albumin, but his MAP had only inched up to 59-60. However, his glucose level had increased to a more normal level of 92.

Although Dad was awake for much of the afternoon, he wasn’t making much sense. At 4:45 P.M., Mom and I were exhausted from this emotionally draining day, and I was concerned about the emotional strain on Mom. We decided to go home for the evening. As we walked out to the parking lot, I received a text message from Sharon, one of Mom’s dear neighbors, saying that she and her husband would provide us with dinner. After we arrived home, I walked across the street to their house to tell them about the day and to accept their offer of dinner. They said that they would bring the meal over in about 30 minutes.

I had been back in the house for only a few minutes when my phone rang at 6:06 P.M. It was Dr. Yawn from the hospital. He started by saying that Dad was stable but followed that statement by asking if my mother or I had medical power of attorney. He said that although Dad was stable now, he was pretty sure that he wouldn’t stay that way. He said that Dad’s heart was not doing well. They had performed an echocardiogram yesterday, and the side of the heart that pumps blood to the lungs was strained. He also said that Dad’s ammonia level was elevated, which was causing much of his confusion. The doctor said that the elevated ammonia level was the result of his elevated liver enzymes and depressed clotting. He said that they were giving him medication to address the elevated ammonia. He seemed to think that Dad had more confusion than from just anesthesia, but I told him that I had been anticipating 3-4 days of confusion, which had become normal for him after surgery. He had no response, and I felt that he discounted what I said.

He went on to say that Dad had been slowly responding to some medication to elevate his low blood pressure, but that IVs cannot be used to administer most of the Lopressor class of drugs, which would require a central line. Dr. Yawn needed permission from us to insert the line so that they could administer these drugs. I reluctantly gave him permission to proceed with the procedure, which would require an interventional radiologist.

Dad seemed to be making urine, but because of his liver situation, the doctor said that he would not be able to be dialized if his kidney function failed. The organs have a pecking order of importance, and it seemed that the liver trumped the kidneys, so that anything that might help the kidneys but compromise the liver would be off limits. The Doctor went on to say that Dad had the potential for severe liver problems, which would yield a severe outcome. He asked if Dad had a history of liver ailments. I told the doctor that the only problem that he had had was when he was very ill in 2015 and his liver was in shock for a few days.

The conversation continued to get worse when Dr. Yawn started asking about any extreme measures that we would want to hospital personnel to take should Dad’s heart stop beating. I didn’t want chest compressions, but I felt that I should discuss this issue with Mom, and then call him with our decision.

Mom and I had a long and heartbreaking conversation about this question. In the end, because Dad had signed a DNR for his surgery in 2015, I felt certain that he would not want the chest compressions, and I pleaded with Mom to agree. During the past 30 years, Dad and I had had several conversations about procedures that he would not want at a later stage in his life. I now prayed that he would have stuck with those declarations, had he been able to speak. Although we watch TV and movie doctors give chest compressions, in reality, the act is violent. Mom reluctantly agreed to forgo extreme measures, and I called Dr. Yawn. When I told him the reasons for our decision about not administering chest compressions, he agreed and used the word gruesome to describe the process.

I asked the doctor to call us during the night if any event occurred so that we could go to the hospital to be with Dad.

As I ended the call, the doorbell rang. Sharon, and her husband, Jim, were on the front porch holding our hot dinner, which they had just finished preparing for us. I thanked them profusely for their kindness and quickly told them about our phone call. After they left, I put most of the meal in the refrigerator. During the past 30 minutes, Mom and I had lost our appetite.

I didn’t sleep well, but at least my sleep was not interrupted by a ringing telephone.