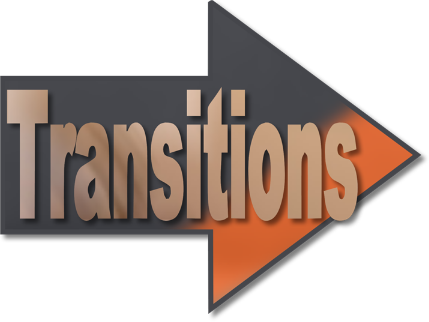 Before Dad’s extensive hospitalization, my parents worked Sudoku and crossword puzzles every evening after dinner. In addition to the hospitalization stay, having the home-care aides and me in the house had disrupted their daily routine. When I asked them if they’d like to resume their former evening activities, both of my parents said that they could not remember how to play Sudoku. I suggested that they start with crossword puzzles and that Stan might be able to get them started on Sudoku during his next visit.

Dad started saying that growing older was terrible. I wished that I could convince him that he was doing well, in spite of his setbacks.

May 17. Per Dad’s request, I was spending less time at my parents’ house. They seemed to be doing pretty well, so I felt more comfortable about limiting my time with them to long weekends, versus the week- or month-long stays. Truth be told, I was probably as eager to resume my normal life as they were to resume theirs.

Following the discussion with my parents about Dad taking pectin instead of a statin to control his cholesterol, I contacted Dr. Elizabeth Ebert, my parents’ cardiologist. According to Jennifer, Dr. Ebert’s nurse, Dad had told the doctor that he wanted to stop taking statins, so she removed them from his list of medications. When I relayed this information to my parents, they said that they had no recollection of this conversation, but now it seemed that we didn’t need to explore the issue of replacing the statin with pectin. Although the nurses were often our best source of information (or alternative viewpoints), I would have preferred that my parents confer with their doctors before adopting the suggestions of a visiting nurse.

Rain had been forecast for the central Texas area, but we received only a slight mist during the morning. Shortly after Dad returned home from dialysis, I packed up my computer and started my return trip to the BMC office in Houston. I arrived at the office shortly before 3:30 P.M. and worked until 5:00 P.M. so that I could meet my former manager for dinner. With my crazy caregiver schedule, I had had only rare interactions with my friends during the past year, and it was nice to visit with a good friend.

May 18. I was in Houston for the remainder of the week and would return to Temple on Saturday. When I worked from the office in Houston, my commute home from work wasn’t terrible, but it wasn’t always predictable, and I missed seeing Stan by a couple of minutes. Once a month, he had to work an all-nighter, and he would not be home again until sometime after 3:30 A.M. tomorrow.

A dove had built a nest of sorts (Doves are inept at building nests.) on our front porch. Whenever I walked up the porch stairs, I would stop and check on the status of the (ugly) baby dove and its mother. Today when I got home, the mother dove was gone, and it looked like a dead baby bird was in the nest.  I checked before going to bed, and the mother dove had returned. I assumed that I was wrong about the baby dove, but marvel at how still baby doves could lie. We had also had a dove nesting in a crepe myrtle tree in our backyard, but that nest now seemed to be empty. During the past couple of years, the porch had become a favorite nesting location for doves. Stan said that he didn’t like the messy doves nesting on the porch, but I enjoyed having this bird’s-eye view of spring.

Mom spent a couple of hours at the hospital today with her friend Marilyn, whose husband was battling bladder cancer.  Marilyn had been Mom’s friend in need on numerous occasions during the past year, and Mom was glad to be able to return the favor, if only in a small way. Mom’s time at the hospital with Marilyn was one of the few times that Dad had been left alone since he had been at home. Leaving Dad alone might not have been a big step for Dad, but it seemed like a huge milestone for Mom (and me).

May 21. It rained over three inches in Temple this morning, but by noon the rain had stopped. The weather was a little dicey between Houston and Temple, and the drive took me a little longer than usual. Shortly after I arrived, Mom and Dad returned home from dialysis.

Although I had planned to limit my time in Temple to long weekends, the upcoming holiday weekend and family reunion scheduled for the next weekend caused me to extend this trip to two weeks. Unfortunately for Dad, I would be commandeering his computer workspace during this time. After my father had been unable to get up while adjusting the irrigation in my parents’ vegetable garden, Stan suggested that we get them a tractor scoot. It’s sort of like a cross between a wagon and a scooter. We knew that my parents wouldn’t buy it for themselves, so we purchased it for them as an early wedding anniversary gift. Some assembly was required, but they seemed to like it and might actually use it.

May 30. Today was the observed holiday for Memorial Day, so I had the day off from work. Instead of sleeping in, I was rudely awakened at 3:00 A.M. by a thunderstorm. With the memory of last year’s Memorial Day flood (and this year’s Tax Day flood) still fresh in our minds, we hoped that the storm would pass quickly and provide only a limited amount of moisture. Fortunately, the thunderstorm had not also been a gully washer. Mom and I had planned to weed the garden this morning, but we would postpone those plans until the afternoon.

Because Stan planned to take off from work next Friday and spend a long weekend with Dad while Mom and I attended a family reunion, he had stayed home this weekend. In addition to some chores that he had to attend to around our house, Peanut, our female cat, was experiencing some health problems that seemed serious, and she needed some attention.

Shortly before noon, Christine, the home care nurse, stopped by to discharge Dad from Scott & White Home Care. However, when she learned that Dad had not yet transitioned from the dialysis catheter to the fistula for dialysis, she decided to keep Dad in the program for another few weeks. We all agreed that although we didn’t anticipate any problems, Dad had a history of encountering unanticipated problems.

Although the ground was a little soupy, the conditions were perfect for pulling out weeds, and I was prepared with my knee-high rain boots. Mom and I weeded the vegetable garden for about an hour and were pleased with our results. The sky had remained overcast, so we weren’t sweltering from heat.

After I had a chance to de-mud myself, my parents and I prepared a Memorial Day dinner. Dad and I barbequed hotdogs on the grill and mom fixed baked beans. A few years earlier, Mom and Stan witnessed Dad and me accidentally dropping a hot dog on the ground and placing it back on the grill. No such event happened this year and it seemed that Dad and I were in finer grilling form than before his surgery.

After dining on baked beans and hot dogs, we played Oh Hell and Mom won.

May 31. When I woke up at 3:30 A.M., I had a headache. I took some Advil with my coffee and logged on to work at 4:00 A.M. A few hours later, I stopped work for a couple of hours so that Mom and I could accompany Dad to his appointment with the endocrinologist. We had never met this doctor and Dad’s new primary care physician had scheduled the appointment. I didn’t know what an endocrinologist did, and I wasn’t sure why we were meeting with her. I liked this doctor, but it was apparent during the introductions that this visit would be challenging for my parents. The doctor was Indian, had a rapid speech pattern, and was soft spoken. Neither of my parents could understand her, so I interpreted everything that she said.

In short, she said that Dad had severe osteoporosis, which he most likely got from lying in bed for six months. During that time, calcium had leeched from his bones and into his blood, which was why his calcium numbers had been so high.

The doctor recommended that Dad take medication to strengthen his bones. Because of his renal failure, the only drug that he could take was Prolia, which is administered as an injection every six months. I told the doctor that I had known some women who sounded like they were dying after taking similar drugs. She told me that today was just a consultation and that we should go home, research the drug, and then make a decision. She said that if we had any questions, we could call her.

When we returned home from the doctor’s office, Dad told me that he was not going to take this drug. At first, Mom was concerned about his decision, but then we started googling for information about the drug’s side effects. Within 30 minutes, we all agreed that the adverse side effects could outweigh the benefits of taking this drug. I had mixed feelings about disagreeing with a doctor’s advice. Although it wouldn’t be the first time that we had gone against medical advice, I didn’t want us to default to that response.

Many of the doctors that we had encountered during Dad’s health-care event seemed happy to discuss his odds of living through the ordeal, but when it came to the drugs that they prescribed, they neglected to address benefits versus side effects, some of which had been severe. I know that thousands (maybe millions) of women take drugs to strengthen bones, but how long does it take for the drug to effect a change, and by what percentage? If you’re almost 90 years old, what benefit can you expect? If a doctor prescribes a drug to reduce fractures caused by falls, wouldn’t it be prudent to prescribe physical therapy that addresses building core muscles? I found it frustrating that the first option for doctors seemed to be the prescription pad.

2 thoughts on “Transitioning from home-care patient to normalcy”