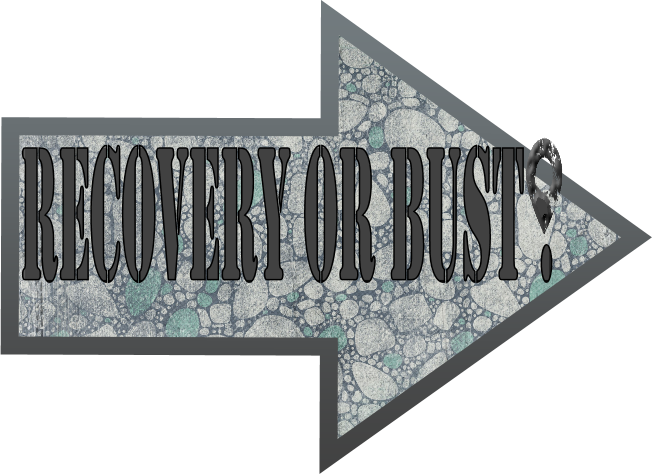 February 15, 2016. Around 1:00 A.M., the sound of the Yankauer pump woke me, and then I heard Mom and Dad talking, so I got out of bed and went downstairs to their room to see if they needed any assistance. The tube feed bag wasn’t empty, but it was off, which initially annoyed me. Then I noticed that Dad’s congestion sounded bad, so I told him that I wanted him to have another breathing treatment. While I was getting the nebulizer ready, Dad complained about the Kangaroo feeding pump and how it was preventing Mom from getting her much-needed sleep, which also annoyed me. He resisted drinking the Nepro during the day and now he was coming up with reasons to not consume it at night. They had insisted that they could take care of themselves, but Dad seemed to be coming up with excuses to ignore the doctor’s instructions. After Dad finished the four-minute breathing treatment, I restarted the Kangaroo pump and returned to my bedroom.

When I got up at 6:00 A.M., I found Mom struggling with the tubing that connected the G-tube to the tube feed. Dad needed to get out of bed to use the bathroom, and Mom was having a difficult time getting him unhooked. Dad waited patiently as I helped Mom to set him free.

While Dad was brushing his teeth, he vomited some mucus and Nepro. My first thought was that he might be accumulating fluid in his lungs. I grabbed the oximeter and saw that his oxygen saturation was down to 96%. In the past, there were times when I would have been thankful for 96% oxygen saturation, but not since he had been red capped. From the time that he was red-capped and then decannulated, his oxygen numbers had hovered between 99-100%.

I gave him another breathing treatment at 7:20 A.M., but it didn’t seem to help him much. We had a doctor’s appointment today with Dr. Sarla Patil, Dad’s PCP. She had wanted a consult appointment with us to catch up on everything that had happened to him since May 6, 2015. After waiting 45 minutes to see her at his appointment on February 4, Dad cut that visit short because he was eager to get his first haircut after coming home.

We left home for Dr. Patil’s office at 10:15 A.M. The drive to her office might have taken us 15 minutes, and we finally saw the good doctor 11:15 A.M. She’s not part of the Scott & White network, but she had been given access to Dad’s medical records and had reviewed them prior to our visit. She spent an hour with us, going over all of the details of his ordeal. She, like many others, was amazed that he had survived. I wished that Dad could have appreciated how lucky he was and how fragile his condition was. He just seemed to take it all for granted.

We had taken two cars to the doctor’s office. On my way home, I stopped by the pharmacy to pick up a refilled prescription and some Tussin for Dad’s congestion. Sue, our friend and nephrology nurse practitioner, had advised me to buy only Tussin. It has only one active ingredient (guaifenesin), and would not adversely interact with his other medications.

When Dad, Mom, and Michell returned home, we all ate lunch. Dad agreed to drink some Nepro at lunch with his ham sandwich. Dad had time for a short nap before his swallow therapy session with Kristen. During this session, she had Dad eat some potato chips and two types of cookies. From what I could tell, he handled them pretty well. Bit by bit (or bite by bite), he was being cleared to eat a normal diet.

Shortly after Kristen left at 3:00 P.M., Dad took another short nap, waking up at 4:00 P.M. During happy hour, he drank some ginger ale. For dinner, Mom prepared one of Dad’s favorite meals—salmon and green beans, followed by pineapple sherbet.

After dinner, we played a spirited game of Oh Hell, and Michell won. By 8:00 P.M., the four of us were heading towards my parents’ bedroom. I set up the nebulizer and administered another breathing treatment. When Mom administered Dad’s meds, I had her also add some Tussin in Dad’s G-tube. Michell assisted Mom in setting up the Kangaroo pump. The tubing had to be threaded in a specific path through the pump, and the daily setup process still confounded Mom. By 8:30 P.M., Dad was drifting off to sleep, and Michell and I were heading to our respective rooms.

February 16. Dad was still congested today, but regardless of how he felt, today was a dialysis day, which meant that he, Mom, and Michell were up at 4:00 A.M. Dad was dressed by 4:30 A.M., and I stopped work for a few minutes to give him a breathing treatment. Once again, the HOP bus arrived at 5:45 A.M., 15 minutes early. Dad had gained more than five pounds over the weekend and had 2,600 ml of fluid removed during dialysis. He and Michell arrived home at 11:45 A.M., and I was able to take a break from work at 12:30 P.M. to join them for lunch. I was able to get Dad to drink a glass of Nepro with his ham and cheese sandwich. He needed to consume three cans of Nepro per day, so any amount that I could get him to consume during the day was that much less that he needed to consume at night.

About an hour after lunch, Dad was ready for a nap. With some oversight from Michell, Mom administered Dad’s midday meds. After resting for less than 30 minutes, Dad woke from his nap at 2:15 P.M., but wanted to lie down again at 4:00 P.M. Less than an hour later, he was up and ready for happy hour. In keeping with his drinks of thickened liquids, he enjoyed a nectar drink.

Mom made a pizza for dinner, and Dad downed two slices and chased them with some sherbet. We started playing cards at 7:25 P.M., and by 8:15 P.M., Mom had won our nightly game of Oh Hell. After Mom finished administering Dad’s meds and prepared the Kangaroo pump and tube feed, Michell and I left for our respective bedrooms.

February 17. Today was a milestone day. Michell would be leaving us, and Dad would attend his plan of care meeting at the dialysis center. I started work at 3:45 A.M. and about an hour later, I heard Dad calling me. He wanted to get up. I had turned off his tube feed at 3:00 A.M. when the alarm on the Kangaroo pump indicated that the tube feed bag was empty. He had consumed this three cans of Nepro during the past 24 hours, so I turned off the pump and disconnected him from it.

I spotted him as he transferred from the bed to the wheelchair. He quickly wheeled himself to the kitchen and read the newspaper while he waited for Mom to get up. After he ate breakfast, I took a short break to apply shower shields to his dialysis port so that Michell could help him shower. When he was finished showering and shaving, Mom administered his morning meds.

I had a morning of meetings to attend, but I stopped for a few minutes at 9:45 A.M. to chat with Brenda when she arrived for Dad’s physical therapy session. She would have one more session with Dad before Kathleen, her supervisor, assessed Dad’s progress. Her assessment would determine whether Dad could receive additional physical therapy, and if he could, she would set his goals.

At 10:30 A.M. we said teary goodbyes as Michell left us for the last time. She had joined One on One Personal Homecare after Dad returned home, and Dad had been her first patient with the company. She had been invested in his care and very protective of him. When she left, I gave her a card from Stan and me that contained a $300 gift card. Fortunately, she did not open the envelope until she was gone because I don’t think that my parents would have been thrilled that I gave her the extra money. On her way home, she stopped by a fast-food restaurant and opened the card and called me and tearfully thanked me. The house seemed unusually quiet after she left. I don’t think that my parents and I had been alone in the house since last May. Once again, I felt like I had lost another safety net. I didn’t know if Mom yet realized how much support we received from the aides, but within a few minutes after Michell left, Mom called me when Dad started vomiting a lot of mucus.

I worked a little longer, and then we ate lunch. During lunch, Mom and I tried to convince Dad to drink his three cans of Nepro during the day. If he would do that, we could discontinue the tube feed. The idea received only a lukewarm reception from him. He was all in favor of discontinuing the Nepro during the night, but he didn’t want to drink the three 8-oz cans of it during the day.

After lunch, we headed to the dialysis center for Dad’s second plan of care meeting. In October, I had attended the first meeting by myself, so this would be the first meeting for Mom and Dad. After he walked down a very long hallway with his walker, the group of caregivers all but gave him a standing ovation. The dietitians, nurses, case workers, and doctor in attendance were very impressed with his current condition and that he had made the long walk. Everyone also validated the things that we had been doing to care for Dad, which relieved me. We had a great session. Last month, Dad had resisted the idea of surgery to remove his dialysis port. During this meeting, I think that we convinced him to have the fistula surgery, and he agreed that the graft would be his best option. In addition to reduced risk of infection, the fistula would enable him to shower without shower shields. Most dialysis patients have fistula surgery for dialysis, which enables the dialysis center personnel to use his arm for dialysis. The dialysis ports that Dad had were considered temporary. Dr. Issac said that he would give us a referral for the surgeon who performs the surgery. Because Dad had been so weak, Dr. Issac had not wanted Dad to have the surgery before now. However, he now felt that Dad was almost strong enough to withstand more surgery.

Instead of playing cards after dinner, we spent quite a bit of time going over meds, how to dispense them, and how to set up the tube feed and Kangaroo pump. While we were at it, I also figured out how to turn off that damn alarm on the Kangaroo pump. The pitch of the alarm was too high for Dad to hear, but Mom and I heard it loud and clear. Now she and I would sleep better. Before I went up to my room, I showed Dad how to disconnect his G-tube from the Kangaroo pump tubing. I had hoped that showing Dad how to free himself from the pump wasn’t a mistake. I crossed my fingers that he would not try to get up and out of bed without assistance. He had been terrible about not wanting to bother the aides. I feared that he would not want to bother Mom.

One thought on “More milestones on the road to recovery”