September 26, 2015. I saw Angela, the respiratory therapist, a few minutes after I arrived at the CCH at 7:35 A.M. She said that after she set up a couple of more patients, she would return to Dad’s room to continue my training. Jennifer, the charge nurse, was also tasked with training me this weekend. Her instruction started with having me administer Dad’s morning meds. We started with the pills, which I was to crush and mix with water. I then drew up the liquid mixture into a syringe and emptied it into the PEG tube. The other two meds were powders: the Renvela was for his kidneys and the Beneprotein was a nutritional supplement. According to Jennifer, I had to mix the Renvela with water and then squirt out 1/3 of the mixture into the sink. The entire sachet of Beneprotein was injected into the PEG tube. After injecting all of the meds and supplements, I flushed the tube with lukewarm water to ensure that nothing remained. So far, so good.

After Jennifer left the room, Dad asked me about “all of the buildings that he was going to travel through.” I explained to him that to get home, he wouldn’t travel through buildings, but that his ambulance would take him home via the Loop and 31st Street. I drew him a bad, oversimplified map of the area and explained where everything was and the distances between them. He had been hospitalized so long that he was confused, thinking that there was a difference between our house and our home. He then told me that it would be prudent to get him a bedpan, so I called the nurse and left his room.

While waiting in the hallway, I encountered Dr. Smith and conferred with him for a few minutes. While we were chatting, he told me that I was pretty lucky because Jennifer was one of Scott & White’s top 25 nurses of the year. I had just met her this morning and had already concluded that she was very friendly, supportive, and professional. I also didn’t pick up any vibes that she was judging me for moving Dad to home care.

At 11:00 A.M., Angela returned, and my respiratory therapy training ratcheted up a notch. In addition to suctioning Dad today, she said that I would change out his tracheostomy tube. I had hoped to record the process with my camera, but I ran out of disk space before I was finished. Regardless of whether you were suctioning or changing out the trach, the process required a sterile environment. There was a specific way in which to open the kit and put on the gloves, which I thought would be my undoing. Putting on a pair of gloves so that you don’t touch and contaminate them was not as easy as you might think, and I felt like a complete doofus.

I had a tiny problem getting the trach tube into his throat, but I think it was because I didn’t insert it at the correct angle. I panicked a little; Angela took over, and it slid right in. She also showed me how to clean the trach that I had just removed and how store it for the next changeout. As if all those steps weren’t important enough, it seemed like the biggest lesson was that you had to ensure that you tightened the collar enough so that it wouldn’t come out, yet not so tight that you choked the patient. Being able to place two of my fingers between the trach collar and Dad’s neck seemed to ensure the correct fit. I was a little stressed out and I couldn’t believe that I would have to perform this procedure every seven days. Was it that long ago that I thought to myself that I couldn’t imagine having to change out a trach? Sheesh. 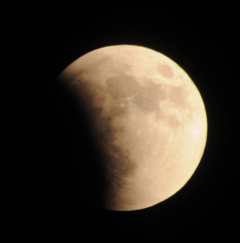 While I was sitting with Dad, Angela returned to the room with printed instructions about how to suction and change out a trach. Dad was sleeping, so I decided to read the entire document. I write technical documentation for a living, and although I’m not diligent about always reading it, this seemed like a good time to read the manual. I was glad that I did. When Angela stopped by again, I told her that the two other respiratory therapists had had me insert the tubing much further into Dad’s trach than the instructions advised. She told me that she had noticed that I had performed deep suctioning on Dad, but that it wasn’t necessary. When I changed my suctioning technique, I found that suctioning didn’t hurt Dad the way it did with some of the respiratory therapists. I was glad that Angela was now my trainer. I recalled how Dad had told her that she was different from the other respiratory therapists and how he didn’t like others, like Victor. Angela had me suction Dad the rest of the day, and by the end of the day, I was somewhat comfortable with the procedure, although I still had to psych myself up for it.

I was glad when it was time to go home for lunch.

After I returned to the CCH from lunch, Jennifer and I got Dad into the wheelchair. The next time that Angela came in to suction Dad, she noticed that he was slouched in the wheelchair. She said that he was too bent for suctioning and she would wait until he was back in bed and at a better angle. I made a mental note to myself that the angle of his neck was important when suctioning the trach.

I was by myself at the CCH for most of the day. Mom was at home preparing the house, especially the master bedroom, for Dad’s homecoming. Stan split his time between performing chores at the house and running endless errands.

If you spend any time at a hospital, you quickly learn that healthcare is a dirty business and the floor is difficult to keep clean. My parents’ house, including their bedroom, was carpeted with a beautiful sea green carpet. We were pretty certain that the carpeting would not survive Dad’s home care. One of Stan’s assignments was to figure out how to save the carpet. He eventually decided on chair mats. He bought out the supply of rectangular mats at Staples and Office Max and then worked out the arrangement of the mats in the bedroom. In addition to protecting the floor, the mats provided a relatively hard surface and protected the carpet from some of the heavy equipment and the wheelchair that would be brought into the room. He also purchased some shelving and boxes that we would need for storing medical supplies. Thank goodness my parents’ bedroom was large enough to accommodate everything.

By the time that the three of us met at home at the end of the day, we all felt like we had put in a full day’s work and were ready to make use of my parents’ bar.

September 27. I woke up at 5:30 A.M. and wandered into the kitchen to make coffee. I was surprised to find that my mother was already up and about. She told me that she had been awakened at 3:15 A.M. by a phone call from some college. The crank calls persisted until about 5:00 A.M. Before the annoying calls stopped, she had reached the point where she would answer the phone and immediately hang up. By the time that I woke up, she had done a lot of housework and was exhausted.

Mom and I arrived at the CCH at 9:00 A.M. Dad was awake and promptly told Mom that he had been trying to call her since 3:15 A.M. What Mom had heard was the audio caller ID announce wireless caller. The audio wasn’t all that clear, so you might imagine that it sounded something like Warless College, especially at 3:15 A.M. Mom might have appreciated the humor of the situation more if she had had 2-1/2 hours more sleep. My father could be a real pill with a phone. I don’t know if we ever knew why he was calling. 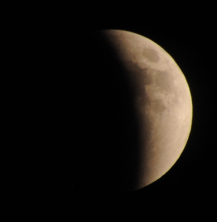 Shortly after we arrived, I went to the nurses’ station to see Jennifer. She said that she had been waiting for me to arrive so that I could administer Dad’s morning meds. At practically the same time, Dr. Smith arrived and we discussed Dad’s feeding tube and his invasive lines. I agreed with the doctor that because of its upkeep and the potential for infection, we wanted the PICC line removed. It was used to administer IV medication and he had already changed Dad’s prescriptions so that he was no longer receiving any IV drugs. Dr. Smith said that if we had an emergency, we could use the dialysis catheter while trying to start another IV or insert a new central line. He said that nephrology wouldn’t like this option, but in a pinch the dialysis catheter would work. During our discussion I learned that Dad had been tested for the Candida fungus five times and had tested positive only the first time. It sure would have been nice to know this sooner. If I had had more time to think about it, I would have resented being manipulated by Dr. Ciceri. I still shudder when I thought about how close we came to withdrawing care because of misleading information.

I put on a hospital gown over my Sunday clothes and administered Dad’s morning meds. Mom and I left for church at 10:20 A.M. and once again, Stan stayed and visited with Dad.

When Mom and I had attended church last week, we had a very sobering and tearful meeting with our good friends, who I referred to as the church ladies. Our friends at church had prayed their hearts out for Dad, and they were heartbroken about his prognosis. As upset as they had been last week, they were thrilled today. They and Pastor Tom praised God about the miracle that had occurred.

I returned to the hospital at 2:00 P.M. to find that Jennifer and the aide were giving Dad a bath. When they were finished, Jennifer and I maneuvered Dad into the wheelchair. Jennifer thought that he was a bit weaker than yesterday and said that she wanted him back in bed in about an hour. It was a nice day, so after I had Dad cough up some secretions, we headed outside in the wheelchair. We strolled on all of the available sidewalks, which still wasn’t much of an outing, and then settled under the covered hospital entrance. While we were sitting out front, Stan and Mom drove up and visited. Stan could stay for only a couple of minutes because they had been grocery shopping and he had to get the perishables home. Mom and I visited outside with Dad until 3:25 P.M. Shortly after the three of us returned to Dad’s room, Jennifer, Hector, and I put him back in bed. Mom and I visited with Dad until about 4:30 P.M.

It had been another long day and Stan, Mom, and I were pooped. I had downloaded the Domino’s app to my iPad, so we ordered a pizza the 21st century way. We had ordered three pizzas since I had been staying there, which is more than I had ordered in the last 25 years. I loved to make homemade pizza, but desperate times called for takeout.

Stan and I stayed up late to watch the total lunar eclipse (blood moon). While watching the moon, my dear friend Rhoda texted me to see how I was doing. I quickly called her to let her know about the miracle and our change in plans.

She was just over the moon!